The Effect of Holy Quran Recitation on the Physiological Responses of Premature Infants during Phlebotomy: A Randomized Clinical Trial

Background: One of the painful procedures in the Neonatal Intensive Care Unit (NICU) is phlebotomy. However, the use of non-pharmacological approaches could be helpful in reducing the pain. This study aimed to determine the effect of Quran recitation on the physiological parametersof premature infants during and after phlebotomy.
Materials and Methods
This randomized, double-blind clinical trial was performed on premature infants admitted to the NICU at Dr. Ganjavian hospital in Dezful, Iran. The infants were randomly divided in two equal groups (n=28). A Quran recitation was started five minutes before blood sampling in the case group and it continued to play for another 20 minutes. The physiological symptoms were documented in both groups starting 10 minutes before blood sampling and continued until 20 minutes after it. The data was analyzed using SPSS software (version18.0).
Results: The primary outcomes of this study were the measurement of the heart rate, respiratory rate, and oxygen saturation. The results showed that the heart rate slowed significantly in the intervention group (p<0.05). There was a significant difference in the oxygen saturation between the groups (p<0.05). The respiratory rate showed a significant difference between the groups (p=0.039) only 20 minutes after blood sampling.
Conclusion
The findings indicated that Quran recitation can help improve physiological parameters and can be used as a routine standard method in NICU. 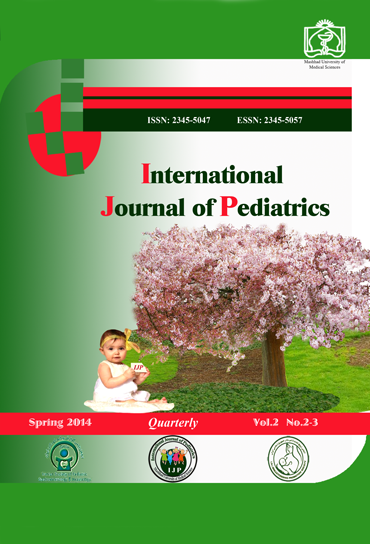