1 Ph.D in Psychology of Exceptional Children, Head of the Rehabilitation Center of Noor Hedayat, Mashhad, Iran.

Introduction:
In early typical language development, children understand words before they are able to use them in speech. Children with autism spectrum disorders (ASD) generally show impairments in both the comprehension and the production of language. However, the relative degree of delay or impairment in each of these sub-domains may also be atypical and remains less well-understood.
Materials and Methods:
This study was a causal-comparative that including 30 children ( 15 girls and 15 boys) with ASD,
who elected by random sampling. Data analysis was done using SPSS-16 and T-student test.
Results:
Results of t- tests showed significant differences between the two groups, autistic and normal children in the expressive language skill, cognitive and received language skill (P<0.05). There is a big difference between the mean scores of test Niosha in subjects with autism compared to standard scores.
Conclusion:
According to the findings of the present study, the language disorder in children with autism compared to normal children   is  significantly higher.

Asperger syndrome is a form of autism, people with Asperger syndrome are often of average or above average intelligence. They have fewer problems with speech but may still have difficulties with understanding and processing language (1-3).

There are three different types of ASDs:

-Asperger SyndromePeople with Asperger syndrome usually have some milder symptoms of autistic disorder. They might have social challenges and unusual behaviors and interests. However, they typically do not have problems with language or intellectual disability.

(PDD-NOS; also called "atypical autism")
People who meet some of the criteria for autistic disorder or Asperger syndrome, but not all, may be diagnosed with PDD-NOS. People with PDD-NOS usually have fewer and milder symptoms than those with autistic disorder. The symptoms might cause only social and communication challenges.

ASDs begin before the age of 3 and last throughout a person's life, although symptoms may improve over time. Some children with an ASD show hints of future problems within the first few months of life. In others, symptoms might not show up until 24 months or later. Some children with an ASD seem to develop normally until around 18 to 24 months of age and then they stop gaining new skills, or they lose the skills they once had (1-3).

ASD occurs more often in boys than girls, with a 4:1 male-to-female ratio (4). The reported prevalence rates of autism and its related disorders have been increasing worldwide over the past decades, from approximately 4 per 10 000 to 6 per 1000 children (5-9). The reasons for this increase include wider public awareness of these disorders, broadening of the diagnostic concepts, reclassify- cations of disorders and improved detection (4,10). The possibility that the increase in the reported cases is a result of unidentified risk factor(s) cannot be ruled out, and therefore more research is needed to address this.

50% of parents (and more) have cause for concern by 12-18 months of age. Speech delay is a common first concern. Other common concerns include:

Lack of, or inconsistent use of eye contact. Lack of social smile, imitation, response to name.Lack of interest in others.Lack of emotional expression.Few directed vocalisations.Absence of joint attention skills (pointing to "show," following a point, monitoring others' gaze, and referencing objects or events).Few requesting behaviours.Few social gestures (such as waving, clapping, nodding, and shaking head).Pretend play is also reduced in many children.

Regression (losing skills that have been acquired) is seen in approximately 25% of children. The skills may be in language, play or social skills (11).

Pragmatic Language and Autism
All children on the autistic spectrum will have deficits in pragmatic language to some degree. Pragmatic language refers to the social use of language.  The ability to use the language skills you have to interact with the world around you. These deficits may be subtle to an outside observer but can be profound to a child experiencing them. Social skills deficits are very complex and they are usually mistreated and misunderstood.  They are also a very emotional issue to all involved.

Speech is the verbal production of language, whereas language is the conceptual processing of communication. Language includes receptive language (understanding) and expressive language (the ability to convey information, feelings, thoughts, and ideas).

When a child has receptive language disorder, he or she exhibits significant deficits in the level of development of comprehension of language.  These deficits affect how the child functions socially or academically.

Children with a receptive language disorder can have difficulty with any of the following:

Speech language pathologists diagnose this disorder.  When children exhibit language skills below what is expected for their age, developmental disorders are often suspected by the child’s parent, pediatrician or teacher. The child is then referred to the speech-language pathologist who will conduct a full diagnostic evaluation of the child’s receptive and expressive language skills, using standardized tests and informal measures. The speech-language pathologist will also evaluate other measures of communication to rule out other issues. The child’s vision and hearing must be screened prior to testing as well to achieve valid test results. Children exposed to multiple languages should be screened in all languages and tested in their primary language. This multilingual assessment framework is referred to as a “difference vs. disorder” approach.  Assessment data is obtained in all languages of exposure. Any noted errors or differences in communication skills are then analyzed and assigned to three main categories:  1- errors appropriate for the child’s age (developmental errors); 2- errors attributed to the interaction between the two languages spoken (cross-linguistic influence); and 3- atypical errors.

Receptive language disorder is diagnosed when an individual does not demonstrate the ability to comprehend age-appropropriate vocabulary, follow instructions or understand foundational communication skills such as turn-taking and perspective-taking during conversation. Careful diagnosis is important to distinguish receptive language disorder from other communication disorders and other diagnoses such as intellectual disability, autism and/or other physical and developmental problems which may first manifest as language problems.

Individuals benefit from a regular schedule of speech therapy with a speech-language pathologist. Parent and teacher involvement in the use of strategies learned in therapy provides maximum benefit.  Treatment for a receptive language disorder is tailored to each child’s needs (27-30).

This study was a causal-comparative that including 30 children in ages 2 to 8 years old ( 15 girls and 15 boys) with ASD, who elected by random sampling. Tests used in this study was Childhood Autism Rating Scale (CARS) and Newsha test.

The diagnosis was made by a child psychiatrist based on DSM-IV-TR criteria and using Autism Diagnostic Interview-Revised (ADIR) and Autism Diagnostic Observation Schedule (ADOS). All children  were trained Rehabilitation Center. In this research, Autism Rating Scale, Childhood Autism Rating Scale was(CARS) used to assess the severity of symptoms in children. The CARS is a behavior rating scale that is utilized to assess symptoms of Autistic Disorder. In addition, it is able to differentiate children with Autistic Disorder from other developmental delays. It is conducted as an observation which can be completed during a testing session or in classrooms. However, some items can be answered from parent report or from reports of history. The CARS contains 15 items that are utilized to compare the behavior of the child being assessed to the behavior of typically developing children. The 15 items include: (1) relating to people, (2) imitation, (3) emotional response, (4) body use, (5) object use, (6) adaptation to change, (7) visual response, (8) listening response, (9) taste, smell, and touch response and use, (10) fear or nervousness, (11) verbal communication, (12) nonverbal communication, (13) activity level, (14) level and consistency of intellectual response, and (15) general impressions. Each item is rated on a Likert scale as follows: 1 (within normal limits for a child that age), 2 (mildly abnormal), 3 (moderately abnormal), and 4 (severely abnormal). Midpoints between these values can also be utilized (e.g., 2.5). A total score is computed from the sum of the 15 items. Those with a total score of 30 or above fall within the autistic range (yields an agreement rate of 87%). Psychometric studies on the CARS yield promising results with an internal consistency of α = .94, interrater reliability average of .71 (good agreement), and coefficient kappa of .64 for test retest reliability. In regards to validity, there was high criterion related validity, r = .84 ( Schopler et al., 1988). This scale (CARS) can be completed by a clinician or teacher or parent, based on subjective observations of the child's behavior. Each of the fifteen criteria listed above is rated with a 7-point score. Lower scores indicate less severity of Autism. Total CARS score indicates total score of severity about Autism Spectrum Disorders(ASD) (30-32).

After reviewing the CARS scors, to collect samples of children's speech  and evaluation of them through Newsha test. The Newsha test that assess the development of language skills, motor and social skills of child at age thirteen measures from birth. This test is currently one of the valid scale for measuring growth in persian children and is a clear criteria for evaluating children's growth. By performing this test, we can judge  about various aspects of child ‘s growth.

To obtain the amount of impairment  the subjects in each group,   was performed to determine the mean, variance , standard deviation and  t-test. In this study, 15 girls and 15 boys participated. (Tables.1,2) shown the mean, standard deviation and other statistical calculations relating to the understanding and use of research subjects of receptive language skills and  expressive language in normal children and autistic children.

Acknowledgment
The authors  would like to thank the  children, mothers and personels who help them, in this study. 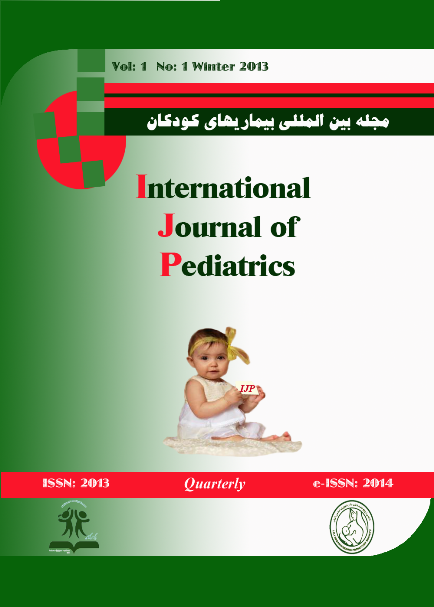